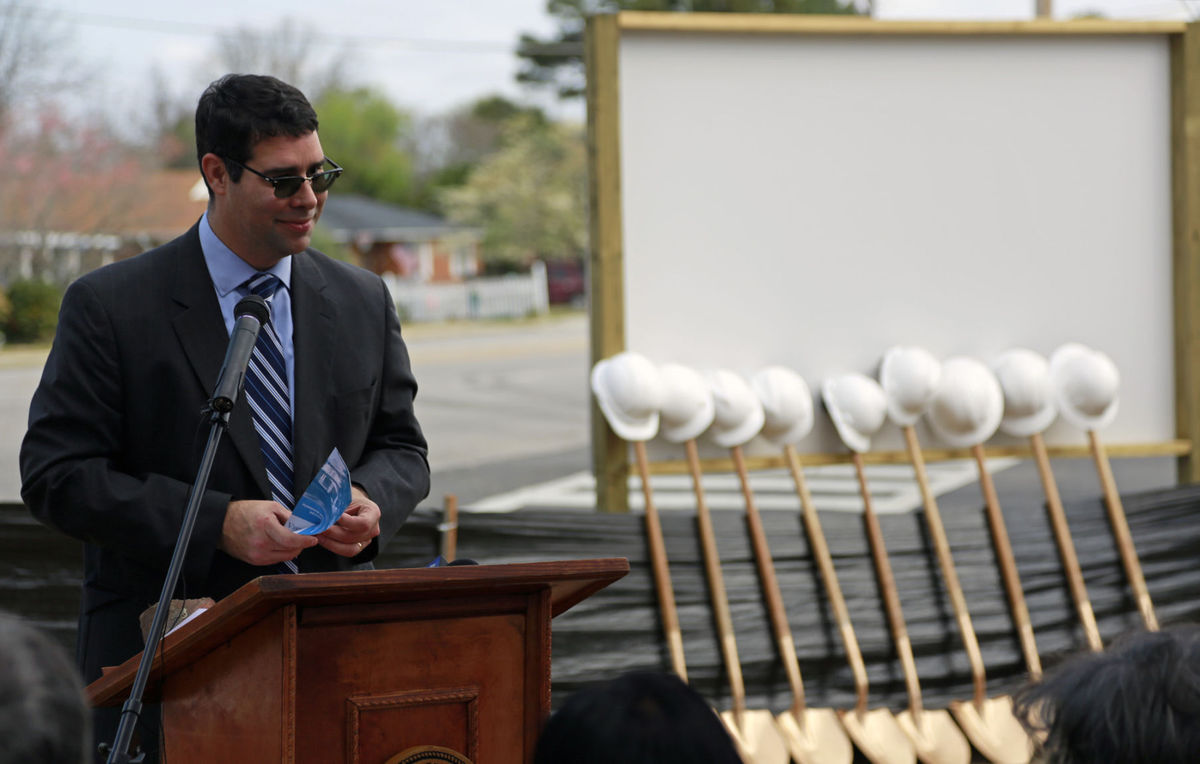 FLORENCE, S.C. – The first of three neighborhood revitalization projects in the city of Florence broke ground Monday morning at the corner of North Irby and Vista streets to mark the beginning of development in the Vista Place area.

More than 50 people attended the ceremony, including city and county officials, project stakeholders and North Florence residents interested in seeing what will become of their community. Vista Place in north Florence is one of four priority areas for revitalization projects. The others are Old Carver Station, Historic Pine and Sumter Station.

The Florence neighborhood revitalization projects are a joint effort in renovating historic Florence communities, creating affordable housing and enhancing the city as a whole. The projects were initiated through the establishment of a neighborhood action plan in 2013 where residents were able to voice their concerns and make suggestions about increasing neighborhood vitality.

“Today the city makes what is essentially a down payment on the investments in north Florence and east Florence and west Florence that have been overdue for a long, long time,” Wukela said. “This was only possible because both the city council and the community have come together.”

Wukela recognized city councilwoman Teresa Myers Ervin during the ceremony and largely credited her as the catalyst for these redevelopment projects. Ervin refused to take all of the credit, however, and acknowledged the work her fellow council members and the others in the community have done to make this possible.

“There’s nothing that happens because of one person,” Ervin said. “This has truly been the operation of a team. This right here is just a seed to start us toward our future.”

Multiple new, spacious homes will be constructed in the Vista Place area along Vista Street featuring craftsman-style architecture, a full-front porch and one-car garage. The two-story home also will contain an open floor plan with upscale finishes, including tile floors and granite countertops.

Jessie Wiles, CEO of APD Urban Planning and Management, was selected as a consultant to help with the projects nearly four years ago after the neighborhood plan was created. Wiles had a hand in forming an approach to the development process and designing the look and feel of the new homes.

Wiles explained to north Florence residents how the new homes in each of the project areas are being constructed on vacant properties that were purchased by the city. By acquiring these vacant lots and buildings, Wiles said the city can move forward with a new, affordable housing product without losing the historic nature of the neighborhood.

“Not only was it about what the homes should look like, but it was also about who lived in the neighborhood, the legacy of the neighborhood and how important that was to try to reinforce,” Wiles said. “We’re going to try to build you a good product.”

Wiles attributed much of the design concepts to Ervin, who once again would not take credit on her own. Instead, Ervin challenged her fellow council members and project stakeholders to unite further and continue to move Florence forward.

“This is Florence. This is a oneness. This is how we’re supposed to be,” Ervin said. “What are we going to do to make this oneness a betterness? Let’s get to work.”